Diet, lifestyle, and some supplements are found to be important to help to manage and may preventing the conditions related to heart rhythm. What Are Arrhythmias & Risk Factors? 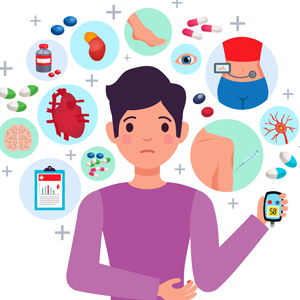 What Are Arrhythmias & Risk Factors?

Irregularities in heart rate or rhythm are referred to as arrhythmias. This is caused when the electrical signaling in the heart is disrupted.

About one-third of people with arrhythmias may do not experience any symptoms; but for those who do, symptoms may include: Pounding or racing heart, Chest pain, Shortness of breath, dizziness, lightheadedness, Anxiety, and Reduced capacity for exercise.

High blood pressure may cause an increase in the thickness and stiffness of the left ventricular walls over time, causing a change in the way in which electrical impulses move through the heart. Also, the heart's electrical conduction could be impacted by any other condition that causes alteration or disturbance of the heart blood circulation(coronary arteries), its oxygenation, and eventually the health or function of its muscle.

The normal conduction of electric impulses and normal heart muscle contractions depend on the levels of different electrolytes in the body. Impulses are generated by the movement of electrolytes through specialized cellular passages on the heart cells called ‘ion channels’. Sodium, potassium, calcium, and magnesium are the major required ions for generating electric impulses under normal conditions. Improper levels of these ions would prevent the formation of impulses, and/or their normal function, leading to the development of arrhythmias. Most treatments for arrhythmia work by modulating these ion channels.

One of the common complications after a major surgery is the onset of arrhythmic disorders, which is especially frequently observed in the elderly. Both cardiac and non-cardiac surgeries carry this risk. Local and systemic inflammation, Nervous system and hormonal changes after surgical trauma, anesthesia, injury to the heart and surrounding tissues during cardiac surgery, effects of the medical procedures, and electrolyte disturbances all play a role. These types of arrhythmias may occur in the first four days after surgery but can last much longer.

Athletes are at increased risk for developing arrhythmia which is often seen in middle-aged than young athletes. The alteration in the Autonomic nervous system, Systemic inflammation, and increased atrial size are some of the contributing factors.

Arrhythmia is different than Palpitations. Palpitations are feelings of a racing or pounding heart that may be felt in the chest, neck, or throat. These may or may not be accompanied by an abnormal heart rhythm. Often they are harmless, and in up to 16% of cases, no underlying cause can be found. Palpitations could be caused by non-cardiac conditions such as anxiety, low blood sugar, electrolyte imbalance, fever, caffeine, alcohol, tobacco, substance abuse, and certain treatments. By avoiding these triggers the condition may resolve. An electrocardiogram can be used to help find out the cause of palpitations. 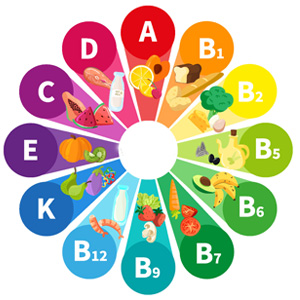 Which Targeted Natural Therapies Can Help?

Omega-3 fatty acids may help protect the heart from arrhythmias. Omega 3 participates in stabilizing the electrical activity in the heart by reducing the sodium and calcium currents inside heart muscle cells. From 11 324 cases of acute myocardial infarction, those participants who within 3 months after treated with an omega-3 fatty acid of 850 mg of EPA and DHA showed reduced nonfatal heart attack and nonfatal stroke rates, as well as reduced cardiovascular death.

Similarly, a reduction in ventricular arrhythmia episodes was observed in 1014 cases of clinically diagnosed heart attack and diabetes who were given a combination of DHA, EPA, and alpha-linolenic acid (ALA; a plant-based precursor of EPA).

However, for those with implanted devices, it is strongly recommended to only supplement as per advice and under regular supervision of their medical practitioner to avoid unwanted risks or interactions.

Magnesium deficiency may result in heart disease, hypertension, and angina. The American Heart Association recommends intravenous administration of magnesium sulfate as part of treatment for some types of ventricular arrhythmias.

The addition of oral magnesium oxide to a regimen of beta-blockers helped to improve some markers of imminent ventricular tachyarrhythmia.

93.3% of participants who were given oral magnesium ( up to 3 grams daily for 30 days) had improved symptoms of premature ventricular and supraventricular complexes; while, only 16.7% of those in the placebo group.

Potassium plays an important role in cardiac electrical stability. Alterations (deficiency or excess) in serum potassium levels, which can be caused by diuretics, may contribute to cardiac arrhythmias.

Studies support that if in an arrhythmia, the assessment of blood potassium levels indicates the low levels, increasing potassium intake through supplementation can help to improve the condition.

Both magnesium and potassium play a key role in the stability of the heart’s electrical function, thus monitoring and maintaining their normal blood levels and ratios are critical for a healthy heart. Low blood concentrations of magnesium and potassium are associated with an increased risk of developing ventricular arrhythmias. 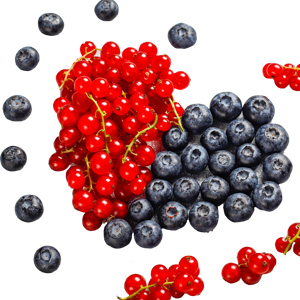 Oxidative stress and inflammation contribute to the development of arrhythmia particularly post-operative atrial fibrillation; thus studies have attempted to find out how and which antioxidants would be useful.

Coenzyme Q10 (CoQ10) is a powerful antioxidant and an important component of cellular energy production. A number of studies have noted a therapeutic role for CoQ10 involving heart conditions.

In 2500 patients with heart failure, 3 months of supplementation with CoQ10 daily ranging from 50 – 150 mg helped improving the arrhythmia signs and symptoms in 62% of subjects.

In a controlled clinical trial, patients of heart attack, who were given28 days of CoQ10 supplementation had a 2.6 times less occurrence of arrhythmias, overall less evidence of oxidative stress, with increased blood levels for their other antioxidants such as vitamins A, C, and E.Vitamins C and E

Data analysis suggests Vitamins C and E may also provide a protective effect due to their antioxidant properties. Vitamin therapy helped with a significant reduction in the incidence of postoperative atrial fibrillation and all-cause arrhythmia. This effect was independent of the type of surgery.

Evidently, also there is a synergistic effect between antioxidant vitamins and beta-blockers. In 100 patients undergoing bypass surgery combination of oral vitamin C (2 grams on the night prior to surgery and 2 grams daily for 5 days thereafter) and a beta-blocker was more effective in preventing postoperative atrial fibrillation than the beta-blocker treatment alone. The incidence was only 4% in the vitamin C group; while, at 26% in the control group. Similar other studies observed similar results.

In other clinical studies, pre-operative treatment with vitamin E for 28 days followed by vitamin C on days 27-29 reduced the incidence of arrhythmias in patients undergoing bypass surgery.

It is suggested that Resveratrol works in a concentration-dependent manner, by inhibiting the calcium current, which reduces the intracellular calcium overload, or opening certain potassium channels.

The beneficial effects of N-acetyl-cysteine (NAC) treatment are attributed to its antioxidant and anti-inflammatory properties (Ozaydin 2008). Data analysis concluded that NAC supplementation may effectively reduce the incidence of postoperative atrial fibrillation. In a trial Postoperative atrial fibrillation was found in only three patients from the NAC-treated group, as compared with 12 patients from the placebo group.

Hawthorn is rich in antioxidants such as flavonoids and anthocyanins. Also, it is suggested that hawthorn may help support heart and vascular health by modulating the ions such as calcium and potassium channels, blood flow, inflammation, and oxygen utilization.

In animals model, after deprivation and subsequent reinstitution of blood supply to the heart (mimicking a heart attack), infusions of hawthorn extracts reduced the number of arrhythmias compared to control group. 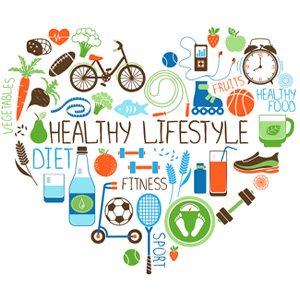 Studies have found that the type of diet & vitamin intake, do have an effect on the incidence of arrhythmias. In the clinical studies those participants with low adherence to the mediterranean diet had more occurrences of atrial fibrillation; while in participants with high adherence with the diet, spontaneous conversion back to normal electrical impulses in the heart were observed. Although the are more studies to further clarify these findings, high adherence to a Mediterranean diet may potentially help prevent occurrences of arrhythmias.

Articles and products featured by Health Palace are collected from a variety of sources and are provided as a service by Health Palace. These newsletters, while of potential interest to readers, do not necessarily represent the opinions nor constitute the advice of Health Palace. Presented materials are only for information purposes and do not intent to treat, cure, or prevent any disease.